Top ranked in Free Android App Download chart, Dig Deep is a free app that provides outstanding user experience and services. It’s ranked NO.2 under the Casual category. Developed by CrazyLabs LTD, the app has 2.66K ratings and a score of 4.2. It was first released on 2022-03-28.

Dig Deep contains ads and in-app purchases, which ranges from $2.99 - $9.99. To run this application smoothly, the operating system of your device needs to be iOS or Android 6.0 and up. Please be noticed that due to performance differences, the user experience may vary on different devices.

Dig Deep is an interesting free runner game with pixel graphics and an addictive gameplay. The game involves players digging down randomly generated terrain to kill aliens and mine gold. The gold acquired is used to buy upgrades to be shared across multiple characters. Different characters have special abilities, players can unlock them by completing unique quests to level up.

For each level up, players need to pass three quests. The quests are preselected and some are harder than others. The game is originally for mobile as it has a nice mobile interface and keyboard controls. Dig Deep in general is addictive and interesting. 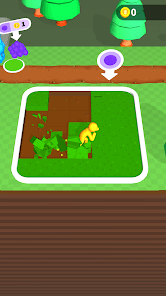 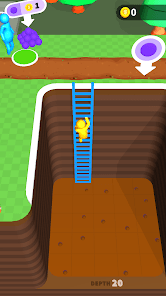 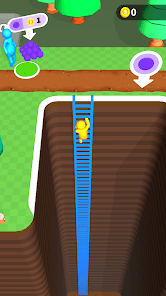 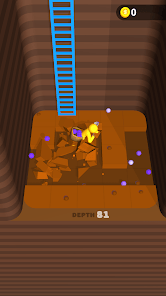