Top ranked in Free Android App Download chart, Diablo Immortal is a free app that provides outstanding user experience and services. It’s ranked NO.14 under the Role Playing category. Developed by Blizzard Entertainment, Inc., the app has 798.56K ratings and a score of 4.5. It was first released on 2018-10-30.

Diablo Immortal doesn't contain ads but has in-app purchases, which ranges from $0.99 - $99.99. To run this application smoothly, the operating system of your device needs to be iOS or Android 6.0 and up. Please be noticed that due to performance differences, the user experience may vary on different devices.

Blizzard Entertainment's latest mobile game is called Diablo Immortal. A series of action role-playing games that helped define the genre, set between the events of Diablo III and Diablo II: Lord of Destruction.

Discover Sanctuary's dark realm like never before in this massively multiplayer online role-playing game (MMORPG), where angels and demons battle it out for control of the mortal realm in an unending battle. To gather the broken pieces of the corrupted Worldstone and stop the Lord of Terror's reappearance, team up with other gamers on an epic mission.

Fans of Diablo and newcomers to the game will both embark on brand-new adventures in the game's expansive open universe.

Make your character and equipment unique! You have unrivaled freedom to be anyone you want to be in the expansive Sanctuary MMORPG world thanks to Diablo Immortal.

The best PC mechanics are delivered in a peerless MMORPG gaming experience with responsive, simple controls on your mobile device.

Players have a large globe to explore, ranging from the war-torn surroundings of Wortham to the majestic city of Westmarch and the darkness of the Bilefen Jungle.

In the realm of Sanctuary, players will have a ton of chances to interact with other people. Diablo Immortal is here to enable a robust MMORPG experience, whether it's entering the battle arena, going on a raid into the darkness of a dungeon, or upgrading gear. 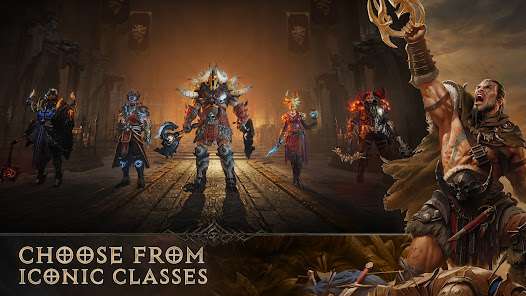 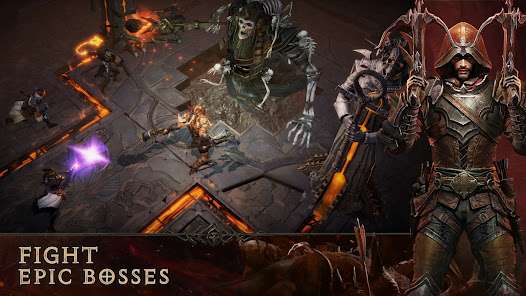 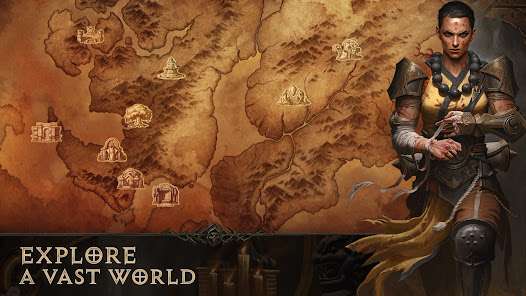 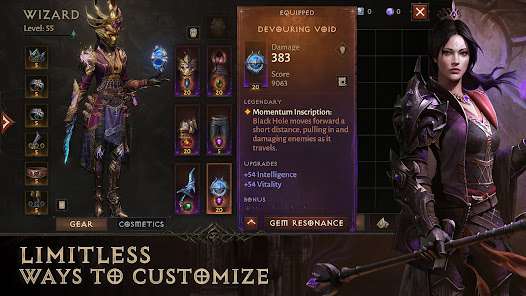 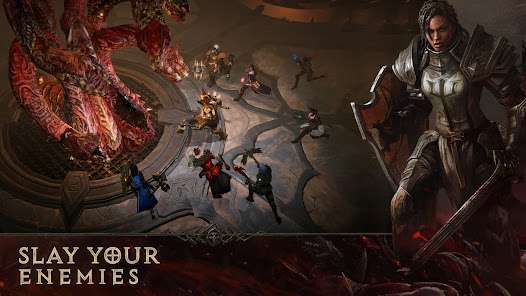 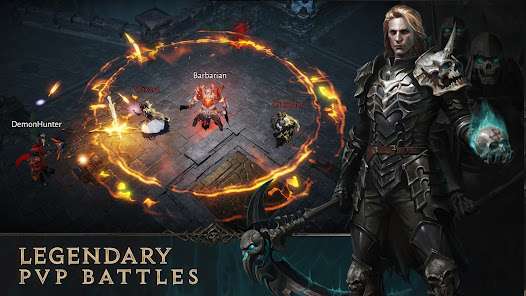 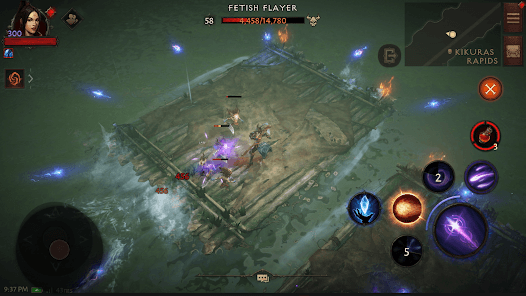